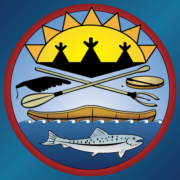 Do you think you are a Silent Speaker? Do you want to build confidence to speak and use your language?

We want to organize a language program especially for you!

Who is a silent speaker?

A silent speaker is someone who understands a language well but does not speak it. There are many different kinds of silent speakers.

Who is NOT a Silent Speakers?

Kindly return completed surveys to the Listuguj Education Complex, (418) 788-2248 or email to kammy.vicaire@listuguj.ca.

Paper copies are also available in the reception area of the Listuguj Mi’gmaq Government Administration building.

Call for Tenders – Paving of streets in Listuguj