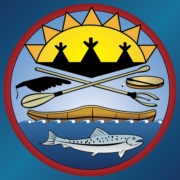 September 26, 2022, Listuguj, QC – On September 26 the Listuguj Mi’gmaq First Nation (“Listuguj”) began its fall lobster fishery. The fishery is an exercise of the community’s rights under the Peace and Friendship Treaties. This year, for the first time, the Department of Fisheries and Oceans (“DFO”) has agreed to an enforcement protocol that acknowledges the role of the Listuguj’s Mi’gmaq Rangers in governing the fishery. Significantly, the Mi’gmaq Rangers are a community enforcement agency that derives its authority entirely from Indigenous law, not the Fisheries Act.

“Recognition of the Mi’gmaq Rangers and the laws we use to govern our fishery is an important step towards reconciliation,” said Darcy Gray, Chief of the Listuguj Mi’gmaq Government. “Canada is finally starting to recognize that the best way to ensure our fishery is safe and sustainable is to get out of the way and let us govern ourselves.”

Listuguj has fished for lobster every fall for the past 20 years in the Baie des Chaleurs, within its traditional territory of Gespe’gewa’gi. Most lobster is distributed to community members for food. Some is sold to cover the costs or invest in the community. For years, Canada denied Listuguj’s treaty rights and banned the sale of fall lobster. Last year, however, Listuguj and Canada signed a rights reconciliation agreement that requires the Minister of Fisheries and Oceans to respect Listuguj’s treaty rights and acknowledge Listuguj’s Indigenous laws in fisheries. As a result, the DFO has changed course and now allows Listuguj to sell its fall catch.

Listuguj created the Mi’gmaq Rangers after violence erupted in 1981 when Sûreté du Québec officers stormed the reserve to destroy and seize equipment and suppress Listuguj’s salmon fishery. In response, Listuguj set up the Rangers to enforce the community’s salmon law and protect its fishers. Importantly, the Rangers are not sworn in by either Quebec or Canada. They derive their authority from Indigenous law.

“We realised that the only way to fulfill our responsibilities to the fish in our waters and the members of our community was to pass our own law and take control for ourselves,” explains Chief Gray. “That meant we needed our own enforcement agency. The DFO is still out there, but now our Rangers are out there too.”

Violence erupted again in 2020 when non-Indigenous fishers in Nova Scotia reacted to the Sipekne’katik First Nation launching their own self-regulated fishery. In response, the House of Commons Standing Committee on Fisheries and Oceans recommended the Mi’gmaq Rangers as an alternative enforcement model that could keep peace on the water.

Now, Listuguj and Canada have signed a protocol that seeks to coordinate the enforcement activities of the Mi’gmaq Rangers under the Listuguj Lobster Law and of DFO Officers under the Fisheries Act. The goal is to align efforts to ensure a safe and sustainable fishery, while being respectful of both Mi’gmaq and Canadian law. The protocol requires any enforcement action to reflect Mi’gmaq values and acknowledge the impact and history of discrimination against Indigenous peoples by Canada.

Listuguj’s fall lobster fishery will run from September 26 to October 10, 2022.