You are here: Home1 / Election Code

Historically, elections held in Listuguj have followed the regulations set forth by the Indian Act. These regulations have been largely unchanged since 1985. It is the will of the community to have our own Customary Election Code drafted for the people and ratified by the people.

In this proposed election code, we will have a new appeal board, term length will be extended, Councillors will now serve full-time, and the nomination process will be modified.

We highly encourage community feedback as it’s vital to the engagement process. Including the perspectives and thoughts of community members ensures the Customary Election Code truly reflects the needs and wants of the community.

Documents & Surveys (Click the top box to collapse and expand)

Historically, elections held in Listuguj have followed the regulations set forth by the Indian Act. These regulations have remained largely unchanged since 1985 and no longer meet the needs of our community or our government. It is the will of the community to have our own Customary Election Code drafted for the people and ratified by the people.

This CURRENT WORKING DRAFT of the Election Code is looking to change three (3) key elements of how we conduct elections in Listuguj:

In the coming weeks, we will be engaging and consulting with the community to see if these proposed changes reflect the wants and needs of our members.

Candidate criteria will include the following:

General Assembly: A general meeting of the Members of Listuguj.

The draft Election Code introduces two accountability mechanisms: the Election Appeal Board and the Removal Appeal Board.

Election Appeal Board: The results of an election can be challenged within 15 days following the election if any Elector, including a Candidate, has reasonable ground to suspect:

Removal Appeal Board: The Chief or a Councillor may be removed from office if they:

Removal is triggered by a submission of evidence and a petition signed by 25% +1 of the electors, or an Order-in-Council requesting that a General Assembly be held to appoint the three (3) member Appeal Board for the purpose of removing a Council member.

If the number of vacancies is more than the number to reach quorum for a duly convened meeting, the Council is dissolved and all positions are declared vacant. A by-election is called and day-to-day operations are transferred to the Management Committee, which is made up of the directors and the CEO.

New Election: A new Election can be ordered by the Election Appeal Board. The term of the newly elected Candidate(s) will last for the remainder of the original term of office for the position(s) that was the object of contestation during the Election appeal.

Review: A General Assembly may be called by Council to review this Election Code and propose amendments. A General Assembly may also be called if at least 25%+1 of Electors sign a petition requesting one at least a year prior to the next general Election. The proposed amendments will be written down and voted on (in-person and online) and requires the support of at least 150 Electors before they move on to a referendum. Council will review and modify the proposed amendments before it is submitted for a referendum. Amendments require a majority of votes to pass. 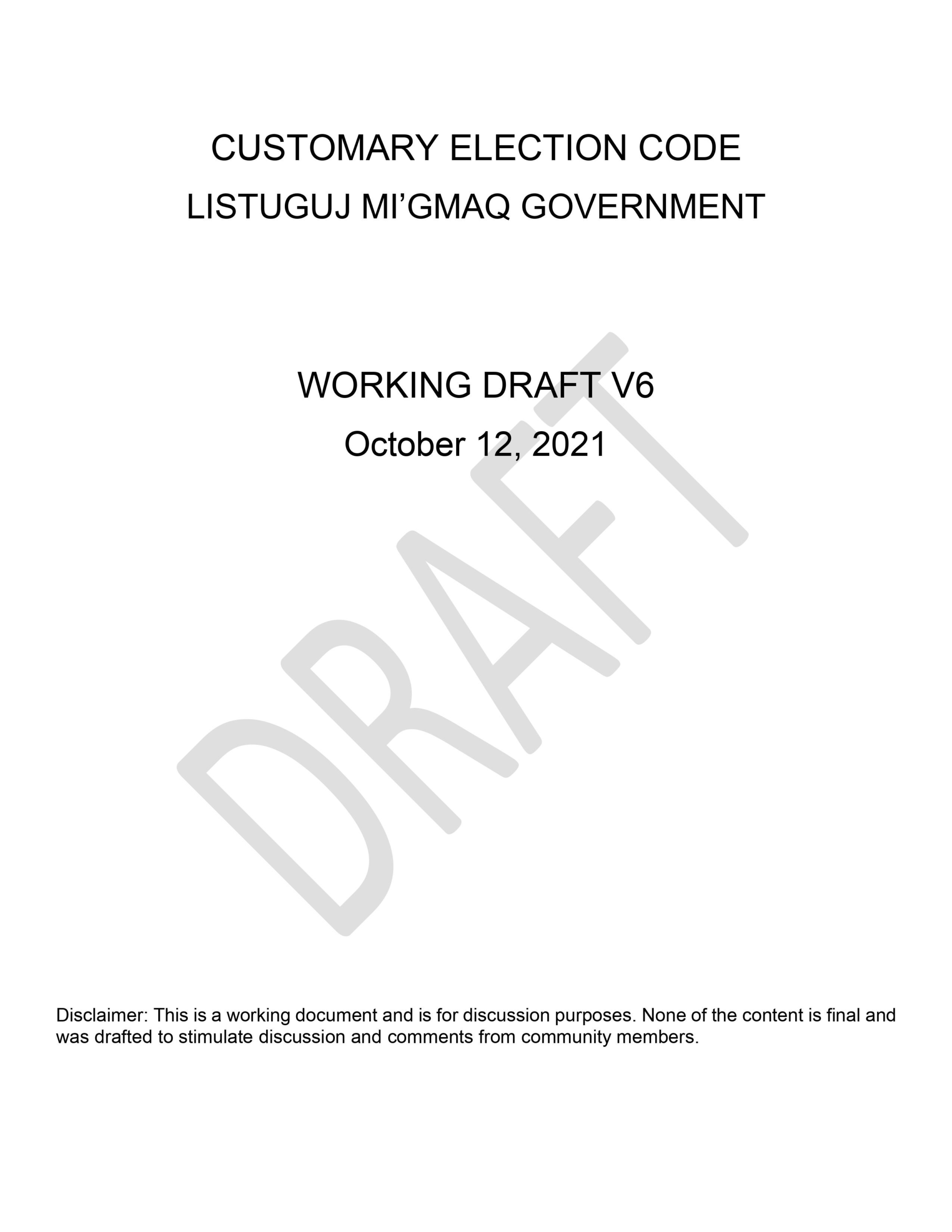