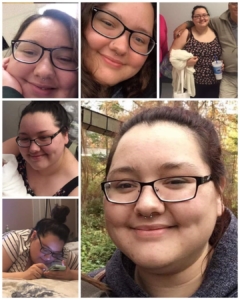 She was last seen January 25th, 2020 in the Cape Breton Regional Municipality, traveling with Michael “Mike” O’Neil, who is originally from Saint Stephen New Brunswick. She has not had any contact with family or friends since, which is extremely out of character for her. O’Neil’s criminal history has family very concerned for Starr’s safety. He was last confirmed to be in St. Andrew’s, New Brunswick on January 29th and is driving a stolen vehicle (Jeep Grand Cherokee, black in colour) from Wagmatcook.

“This is not like Starr to have no contact with us” says sister of Starr, Sunnie Smith. “If she is seeing or hearing this, we want her to know we love her and want her to come home.”

“The entire community is terribly worried for her safety, and wish for her safe return as soon as possible,” said Chief of Wagmatcook First Nation Norman Bernard.

Please share this information on social media with the hashtag #bringStarrSmithhome, and please report any sightings of her to the RCMP immediately.